Where were you the first time you heard…

Occasionally I see a meme that both embraces and ridicules the way life is for some of us. It talks about how as adults we still listen to the music we loved as a teenager, and that’s a very true statement. It’s because when we were young, certain music became the soundtrack to our lives. We’re inspired by it. We learn the lyrics. And we play it over and over again. It also reminds us of our youth. And face it, when most of us were kids all we had was music. There were no cell phones. No internet. And only 4 channels on TV.

I was born in 1976, four years shy of a new decade. I was a child of the seventies but too young to embrace any of its music other than the lullabies my mother probably sang to me. The eighties were the decade of music I claimed as my own even though I was only five when they started, and I was just starting high school when they ended. You’d think I would have accepted the 90’s as my generation, and in a way they were too but that’s a story for another blog post. Each of us has songs that we remember where we were the first time we heard them. I have several, and each holds a different meaning in my life.

Recently I thought of Toni Childs. Heard of her? I’m sure most of you haven’t. I can’t remember ever hearing any of her music on the radio. It’s often used in movies and TV shows though, and chances are you’ve heard one of her songs play in the background while you were shopping in a department store. Her music has a hip musac vibe to it, but if you took the time to listen to more of her you’d probably be very impressed.

The first time I ever heard anything from her was when I was in my twenties and I was shopping at The Body Shop store in a mall. I was dating a part-timer that worked there and he liked for me to stop by after work and say hello or go on break with him. He often played eclectic music in the store on his shifts, and I noticed. 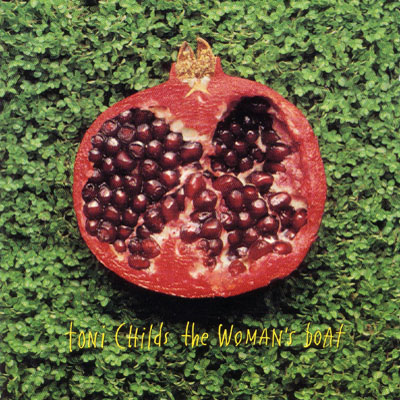 Toni has an album called The Woman’s Boat which explores the life of a woman and subjects like birth, sex, abuse, and death just to name a few. The album starts with a song called “Womb.” The song ends with various sound effects that represent the birth of a child, and one of those sounds is the siren of an ambulance. Imagine shopping in a store and all of a sudden you hear an ambulance siren on the over-head speaker?

I was curious and later asked him about the music. He liked it so I thought I should check it out. I bought two of Toni’s albums and immediately fell in love with her. I played them over and over that year, and quite a bit later. Anyway, I had not heard a Toni song in a while and she popped in my head recently so I looked her up and started listening. And it all came back to me.

And there’s where I was the first time I fell in love with a Toni Child’s song. If you like strong-willed female singers like Melissa Etheridge, Paula Cole, or Sheryl Crow, check her out. You won’t be disappointed.

Best Christmas gift ever. This is Harley.
#callmemother
Trixie Thunderpossum has arrived!
Join 1,819 other subscribers