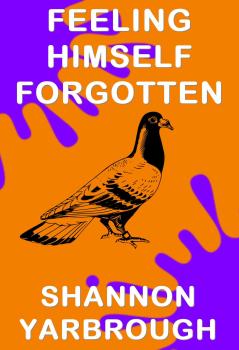 The sequel to Stealing Wishes will be published this year!

It’s been a while since I mentioned it, but in case you missed one of the previous posts, it’s called Feeling Himself Forgotten.

I started writing it in 2012. I’ve never considered writing a sequel to any of my books until a friend mentioned Auden, the second lead character from Stealing Wishes.  She said she would like to know what happened to him.  This got me to thinking about him and pretty soon I was writing his story.

It takes place a year later from where Stealing Wishes left off. Auden had a quick relationship with Blaine, only to leave him for a teaching job in Savannah. Now Auden decides he made a mistake and goes back to Memphis to rekindle his relationship with Blaine. What follows is the conflict Auden faces when he soon realizes things aren’t the same as they were a year ago when he left.

In the summer of 2012 I abandoned this book to write another one called Dickinstein, a mash-up of the life of Emily Dickinson with the story of Frankenstein.  My entire élan vital was devoted to Dickinstein for a while which was published in October 2013. And in 2014, I went back and finished Feeling Himself Forgotten and quickly placed it with a small micro E-publisher.

But over a year later, the E-publisher had still not found the time to bring Feeling Himself Forgotten into fruition. I got tired of waiting and canceled my contract with them last fall. Now I had a book on my hands and needed to decide what to do with it. Last year was a rough year for me creatively. I sat down to edit the manuscript but lost interest in it. Then the holidays came and went. And suddenly it’s 2016!

I decided to start again. I read the entire manuscript and gave it another scrub before sending it to my editor who finished with it in April.  Since then, I’ve been editing it again and reviewing my editor’s suggestions, and I’ve been working on the book’s cover (the current cover is pictured above).

So that’s where we are.  It’s been a long road, but it looks like I’m nearing my destination and will have another book out later this year!

A gardener's work is never done! This weekend we built two new raised beds so we can expand our vegetable space next year.
The Zinnias aren't liking the heat too much this year. Still one of my favorites.
Despite the heat, things are still blooming in the garden!
Friday got me like...