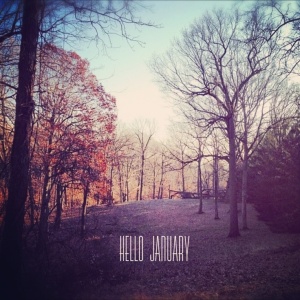 I’m going to spend a big part of this post talking about goal #2 which is Money. I’d like to save $2,500 this year. A portion of this will be used for Christmas at the end of the year, and the second portion will either be saved or used to make a large payment on a bill.

I have 2 savings accounts and 2 money market accounts. My first savings account is with my primary bank, and unfortunately I tap into it quite a bit throughout the year. The good part about it is that $25 is automatically transferred to this account on the last day of each month.

The second savings account is rarely used. It’s with a credit union that I had financed my car with (more about that later).

My first money market account is also with my primary bank, so yeah, it’s been tapped into some over time. No money is transferred to it automatically. My second money market account is with my Capital One credit card. For the past few years, I’ve had money automatically transferred to it with each pay day. At the end of the year, I use this money as Christmas gifts for my immediate family. I like using this account because it’s out-of-sight and out-of-mind so other than checking to make sure the deposits go through I rarely look at it and I hardly ever withdraw from it until the end of the year.

I find that’s the best way to save money – pretend you don’t have it. So if I could make one suggestion to you on how to save money, though I’m certainly not good at it, it would be to have a savings account separate from your primary banking account that you access all the time. This way, you don’t see it as much and you are less tempted to tap into it when it isn’t right in front of you.

Now, here’s a second tip, and this is a tip I’ve seen online quite a bit in articles and other blog posts: Find some other way, in addition to your primary job, to make money. It could be a second job. Or mow yards. Rake leaves. Clean houses. Sell things on Etsy or Amazon. It doesn’t have to be a regular pay check, but it should be some sort of income that you could use to feed your savings. I actually have two! One is the royalties from the sell of my books, primarily through Amazon. The net isn’t much these days but it’s money that I haven’t relied on for a while and that I plan to put into savings this year.

The other is answering online surveys. Yep. I started doing this online back in April. There are lots of sites out there that will pay you to do online surveys, but my favorite and the one I now use the most is inboxdollars.com. I like them because they will send you a check in the mail rather than you having to get paid by gift card. I earned $130 dollars with them in 2015. I’m hoping to double that this year. I’ll talk more about this in another post tomorrow, but trust me. It’s not a scam. You do have to devote some time to it but it does pay.

I also started utilizing cash savings near the end of 2015. Every time I had cash on hand, I put a bit in a cash box stashed away. Or every time I used my debit card, I would get at least $5 back in cash to put into this savings box. I liked doing this and yeah, I dipped into it a few times if I needed to but I liked having the cash on hand so that I didn’t have to use a credit card.

So here are my savings accounts and their current totals:

I’ve already scheduled $25 to go into my Capital One Account from each of my two paychecks in January. And $25 will automatically be transferred to my primary savings at the end of the month. So that’s another $75 that will be automatically saved this month.  I think this goal for 2016 is off to a great start!

Now let’s discuss goal 3# which is my health, and by health you know I mean weight loss.  Ugh…I really should go back to the gym but it always feels like a chore and I really do hate paying for it.  I also hate the gym this time of year when everyone else has the same thing on their mind.  I’ve done it before and didn’t enjoy it then though I did lose weight because I did go because I was paying for it. Excuses, excuses, I know…So, what am I going to do?

I started using My Fitness Pal again two weeks ago just to get into the habit.  I updated my goals so that it lowered my daily calorie goal a bit. I’ve been reading lots of things online about diet and weight loss.  And as I said in my previous post, I’m really looking forward to Amelia Freer’s new book this month. Her last one really motivated me.

For Christmas, I got one of those stationary bike stands so that I can ride my bike indoors. I plan to set it up this weekend so I can start getting some form of exercise. When it’s warmer, I’ll start my walking routine again. I also got a free sample of the E06 Sports Bracelet which is like a FitBit so maybe I’ll try that too.

What’s my weight loss goal for the year?  I always start with 25 pounds. I haven’t weighed in yet today but I will. So for now, I’ll write more about weight loss in February!

Goal #4 is writing, and I’ve already started that too since Christmas. About a month ago we watched the entire first season of Man in the High Castle on Amazon which is about what America might be like had Germany won the second world war. It was a really interesting concept. There was a scene where a Nazi general takes his son to the doctor only to discover that his son has a serious disease. Leadership would dictate that his son should be exterminated but because he is a general the doctor agrees not to report the boy’s diagnosis.

As  I said before, I won’t reveal a lot of things about this writing project other than what progress I’m making, but I’ve already started writing it. I’m only a few pages into it but I practically have the whole book outlined in my head so I’m looking forward to seeing what happens with it this year.

So that’s where I am on January 1st with my New Year’s Resolutions.  Hope you enjoyed my first blog post about it. Only 11 more months to go!