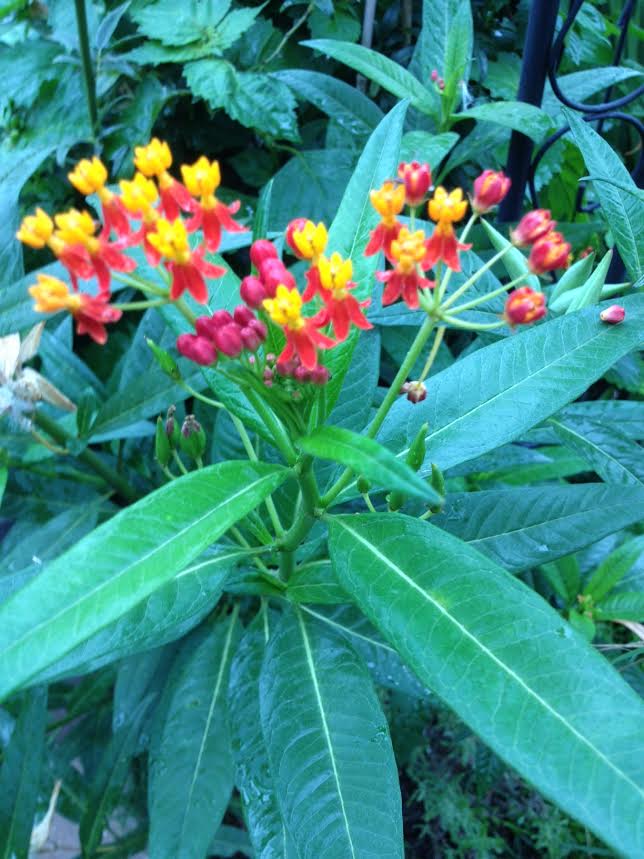 Another herb that’s in bloom right now! I’ve posted this one before when it first started blooming several weeks ago in mid-August, but decided to post another pic of it because it is still blooming. It’s called a blood flower. I didn’t noticed before that it is also called a cotton bush. It produces pods that burst open with cottony seeds, while it is also flowering. Another perennial that I don’t think we’ll see again next year. Maybe it will prove me wrong. I could find no medicinal or herbal uses for it. The butterflies find it tasty.

Thanksgiving nap.
Me posing for high school senior photos.
I always record the date I start writing something in case I abandon it and come back later. Can't believe 3 years snuck by on this one, but hopefully I'll finish it by early next year. Needs a new title too. ☹️ #amwriting #novelwriting #writingcommunity #writing #writersofinstagram
Started writing this book over 3 years ago and made a lot of progress, but I couldn't find the ending. Now, after aging like a fine wine, it's time to crack open the manuscript and finish it! #novelwriting #amwriting #writing #writingcommunity #writer #writersofinstagram #timetowrite