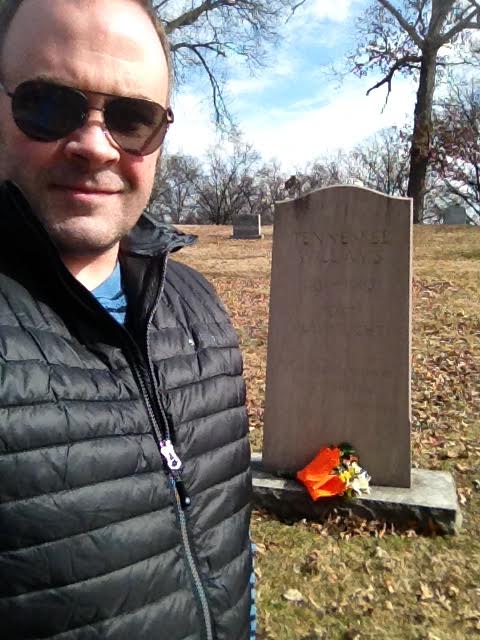 Tuesday marks the 31st anniversary of the death of my muse, Mr. Tennessee Williams.  He’s buried in St. Louis in Calvary Cemetery.  I’ve visited him on many an occasion.

Since I have to work on Tuesday, I stopped by today to pay my respects and bring him flowers.  He, Edwina and Rose were quiet; I did most of the talking.  I’ll visit him again next month for his birthday.  He’ll turn 103 on March 26th.

This is one of the few times you’ll see me in front of the camera.  Read my second book, Stealing Wishes, if you want to know why.