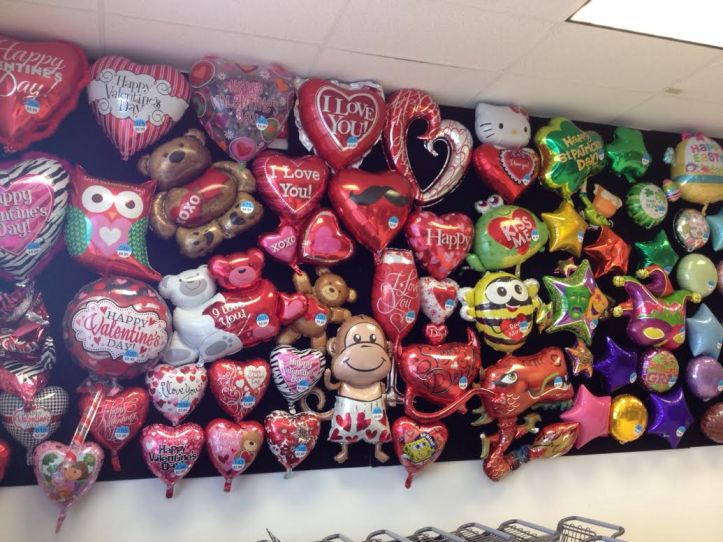 This weekend J and I also made a stop at Party City. Every time I go in one, which isn’t too far from our house, it’s like going back to my old high school. Party City was my very first job when I left home and moved to Memphis for college, and only the fourth job I’d ever had. I worked there for 3 years. I guess why it feels that way is because it looks the same. Their image, and even their product, hasn’t changed at all.

It was a fun job consisting of blowing up balloons most of the day or selling seasonal products to customers who were always having parties! Halloween was the best time of year because we dressed up in costumes. I stood out front on the sidewalk dressed as Robin (Batman and Robin) one year and kids stopped to have their photo made with me. We even climbed up on the roof and ran around.  Then there were off site decorating jobs, mostly where we made balloon arches or table centerpieces.  I once was in charge of doing all the decorating for a bar mitzvah that was a soccer theme.

Then behind the scenes we were always having silly string fights or playing tricks on each other. So, it was a fun place to work.  I was still in my twenties, and didn’t envy all the high schoolers I worked with. I also seem to remember it was the first time I ate Taco Bell – a high schooler introduced it to me for lunch one day.

What was your first “fun” job?  What did you like best about it?