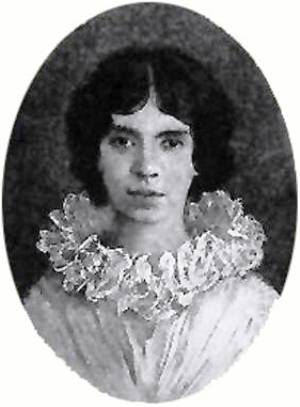 This week, my publisher reached out to readers asking them if they’d like to read an advanced reader’s copy of Dickinstein before it goes to publication next month.

On Monday, I had written my last minute additions to the book such as the dedication page, about the author page, acknowledgments, etc. This included a note in the beginning explaining how I had based certain aspects of the book on the real life of Emily Dickinson (mostly her character and persona), but that I had changed other parts to fit my story. Specifically, scholars of Emily will find that my timeline is completely different. I state that any mistakes readers find are either my own or purely fiction.

It’s important to state this because there are so many books out these days that blur the lines between reality and fiction, often using historical events and people for inspiration just as I have.  You’d hope that readers can distinguish the differences between the two, but if you’ve written a good book (and I hope I have), readers might just have trouble not believing you.

I informed my publisher this is an argument I will surely battle when it comes to reviews.  Yes, I wrote about Emily’s life at the Homestead. Yes, I included her parents in the story.  Yes, I included Benjamin Newton, her “first friend,” the affair her brother had with Mabel Loomis Todd; Emily’s sister and their tending of the gardens on the property, Emily’s school years, her later reclusiveness, and obviously her poetry writing.

I even included other details like the family piano, the town train station, her letter writing and eventual meeting with Thomas Wentworth Higginson.  I even wrote about the many deaths of family and friends she confronted, and Emily’s own death. My thorough research kept unearthing tidbits of useful information that only made my story that much better.

But at the heart of my story is a plot line that Emily built a machine she calls the “Second Life” apparatus which actually succeeds at bringing small dead animals back to life. The conflict of the story arises from whether or not she should use her machine on a friend when they pass away. Hence, the subtitle of the story: Emily Dickinson – Mad Scientist.

I assure you that no where in my research did Emily do such a thing. Yes, an older Emily was a recluse and spent many hours of each day locked in her room, refusing visitors that she had once spent hours laughing and chatting with when she was younger, so perhaps she really did do such a thing behind closed doors. No one really knows.

So, I’ll let the reader decide what Emily was really doing up in her room alone all that time.

Dickinstein will be released mid October from Rocking Horse Publishing.