Book Review: The Perks of Being a Wallflower 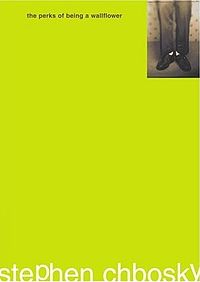 This is another book that I picked up right before the movie came out and only picked it up because the movie looked like one I’d want to eventually see. It’s the second time this year that I’ve done that (Extremely Loud and Incredibly Close was the first time), and it’s the second time I’ve been well pleased and satisfied by a great book.

I’d heard of the book before. Shortly after it came out, a coworker was reading it on her lunch break many years ago and laughing out loud.  I’m not sure why I never read it until now, but I’m certainly glad I did. Another friend says the book chooses you when it wants to be read, and if that’s true then this book came at an opportune moment when I needed it most.

You could say this book helps to define its generation. Stephen Chbosky, the author, tells the story of an introverted boy named Charlie about to enter high school.  He is quickly taken under the wing of two sibling seniors, Sam and Patrick, and accepted into their group of friends. Making mix-tapes for each other, reading good books, going to parties, first kisses, drinking and smoking, writing essays in English class, going to football games, riding around; the list goes on and on of the things that define a teenager’s life and become important to them while an “adult” future seems so far away. Numerous songs and books are mentioned throughout the book (I was pleased to find a mix tape-like CD for the soundtrack to the movie) and whether you’ve heard them before or read them, you instantly connect to Charlie and start reminiscing of your own glory days.  I know I did.

It’s the way the story is shaped and told that makes it even more special.  The entire book is a series of letters that Charlie writes to an unnamed friend. Each is dated from 1990 through 1992 and starts out “Dear Friend,” and ends with “Love always, Charlie.”  So, you almost feel like you’ve found Charlie’s letters in a trunk and you are spying on his past, or maybe you are the friend he wrote them to.  Either way, they are poetic and haunting at times, but always innocent and frequently humorous. The tone is very passive and friendly but through his words, we see Charlie worrying about his friend’s love interests, discovering Patrick is gay, experimenting with drugs, taking up smoking, going to see and participating in the Rocky Horror Picture Show, breaking a girl’s heart, getting his driver’s license, and much more. 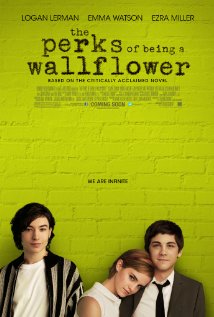 As someone who prefers a deep absorbing book I easily suspended all expectations and accepted the lack of details. Charlie is a true teenage voice, filled with all the angst a kid at that age experiences.  I entered high school around that same time and experienced the same roller coaster of emotions Charlie found himself going through.  Charlie was someone I knew, and at times while reading, I was Charlie.

While the book focuses mainly on Charlie’s friendships with Sam and Patrick, we are introduced to an array of other characters that easily represent the typical stereotypes that define your peer group – the jock, the girl who talks too much, the hip guy that graduated last year who still throws parties for everyone, the cheating boyfriend, and so on. I also found myself underlining numerous heart-felt quotes in the text that I’m sure were and still are destined to be found in someone’s high school graduation speech.

While it is a book that has been frequently challenged for its mention of drug use, bullying, sexual identity, and so on, I think this is a book that is very true to real life. I know if I was a teacher, I’d want to see my students reading it.

Concerning the film, I’m looking forward to seeing Emma Watson shine as Sam. Most will know her as Hermione from the Harry Potter series, but I have a feeling she will become known for much more as she matures as an actress. I could have easily seen Drew Berrymore in this role years ago. Ezra Miller (We Need To Talk About Kevin and Californication), while not known extremely well will surely do well as Patrick. And let’s not forget the adorable Logan Lerman as Charlie. You’ll recognize him as Percy Jackson from the 2010 film.  The three together look marvelous on the movie poster as a possibly new 80s-esque bratpack? Only time and film will tell. 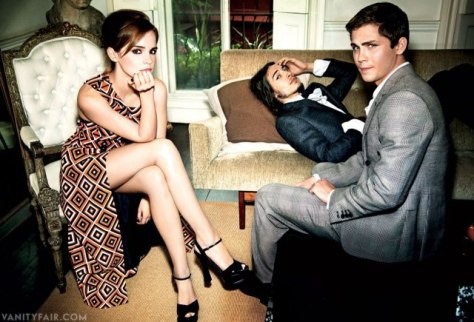 Wow! What a productive weekend with @jostheun! Blackberry jam. Pickle relish. Zucchini relish. Oh, and cake! And we grew the berries and veggies right in our backyard!
Made some jam too! #canning #cookingathome #kitchen #blackberry #jam #blackberryjam
Making pickle relish today! 🥒🥒🥒
New short story now available! Link in bio!
I've started sharing some of my short stories over at @vocal_creators. Click on the link in my bio to read them. Your read helps support my writing. You can even tip if you like what you read! #vocalmedia #shortstories #storytelling #writingcommunity #writing #writer #freereading #goodreads #authorsofinstagram
To celebrate the release of my novel, ARE YOU SITTING DOWN?, on audiobook you can get the ebook free this weekend on Kindle! Link in bio!