Gore Vidal died yesterday. He was 86.

I have always been jealous of him. He ran around back in the day with all of my heroes: Isherwood, Capote (despite their public feud that ended up in the court room), Williams, and even JFK.  I would have loved to have been his neighbor, sat with him all day and picked his brain about all of them.

Sadly, I’ve never read a single book or essay by the man. But when I read all of his friends, he was always there. He’s in George Plimpton’s book on  Capote.

He wrote the screen play to Williams’ Suddenly Last Summer which I just recently watched.

I’m currently reading Five O’Clock Angels about Williams friendship with Maria St. Just.  Vidal is there too, including the picture of the two of them I’ve posted here.

Vidal was the friend I always ran into at the party, or at least in the books I was reading about all of his friends’ parties.  I always knew he’d be around and make an appearance.  And I guess since he was still alive, having outlived all of them, I never invested much attention on him.

That will change today.  It has to.  I have to at least pay tribute to him and finally read one of his books, don’t I?  It seems only right.

I posted on Twitter today that Christopher, Truman, and Tennessee probably greeted him today with “Hey Bitch, ’bout time you got here! Martini?”  Well, maybe Truman didn’t but I’m sure Tenn had something sassy to say.

Having read him or not, it’s sad to see another literary great gone. History becomes memory, and vice versa I guess.

While I can recall numerous quotes that I’m sure many are re-posting today, I’ve always kept this one in mind which I found years ago on his Wiki page: “It’s easy to sustain a relationship when sex plays no part & impossible, I have observed, when it does.”  Being a gay man myself, I can so relate to that. For more of his great quotes, go here.

Here’s another fav of mine: “Every time a friend succeeds, I die a little.”

And with that I say, who succeeded today, Gore? 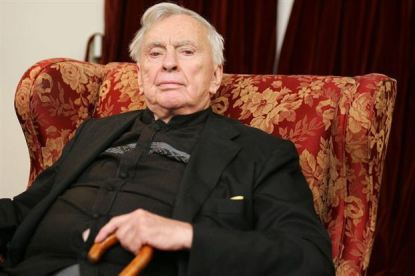