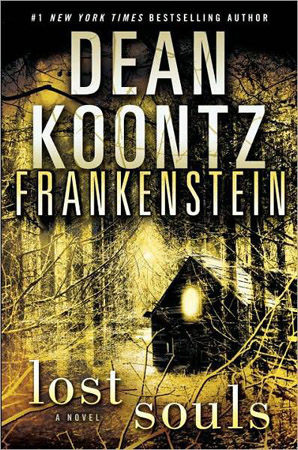 Well, sadly Book 4 wasn’t much better than Book 3. Koontz moves the story to Montana, and with it we lost some of the darkness and grit which came naturally with the New Orleans setting in the first 3 books. However, we are introduced to a whole array of new characters which Koontz pushes along to a not so dynamic climax.

Michael and Carson had relocated to California, married, had a baby, and opened their own detective agency. Deucalion also cured Arnie of his autism. Deucalion contacts the duo once again when he thinks Victor is somehow still alive. Meanwhile, Erica Five and Jocko have relocated to Montana and Ericka runs into someone on the street who she thinks is Victor. She contacts Michael and Carson for assistance as well.

Our new characters are Montana locals caught up in the new Victor’s schemes. Most are doctors and law officials who have been replaced (called Replicants) and are now rounding up other people in the town to have them exterminated (Processed and Killed) by someone who calls himself a “Builder.” We have Bryce and Travis, an old man and a young boy, who discover something is going on and escape from a local hospital. And then we also have a couple of escaped convicts, Nummy and Mr. Lyss, who are also on the lamb after witnessing some folks being exterminated at the local jail.

Our best storylines are the two sets of characters who are on the run. Bryce is a published author and his compassion for Travis shines through. There are a lot of sentimental moments between them as they try to escape to find Travis’s mom. Then, you have Nummy and Lyss. Nummy is slow and dumb and offers quite a bit of humor, while Mr. Lyss is a hardcore criminal who pulls Nummy along only for his connections in the town.

The rest of the repeat characters are just pushed around on the page waiting to find Victor. But the new Victor only shows up about three times in this book. While you are made aware of his plan to control the world again, his connection to the new replicants is never really revealed. He has no interaction whatsoever with anyone else here. And the replicant characters running around putting nails in people’s heads and chanting “For the Community” was just lack luster. The Builders who are responsible for killing everyone off are a tad bit interesting in that they can replicate themselves, but their chemistry and creation are kind of left out, unlike all the interesting creations we met in the first three books. There’s also a set or rogue FBI officials loosely introduced in the middle of the book but forgotten about until the very end.

At this point in the series, I feel like I’m about 600 pages into a 1,000 page Stephen King novel and the author is just toying with us and killing time. I realized I literally only had 25 pages left in the book and nothing major had happened. Maybe I was wrong by calling Book 3 the worst in the series. Lost Souls is definitely not much better. Koontz’s problem is introducing too many new characters to carry this 4th book, but he just doesn’t know what to do with them. They never really come alive like in the previous books, and while his senior characters that we’ve grown to love are here, he loses sight of them too.

I’m new to Koontz, and I’m constantly reading reviews where everyone praises his earlier work and doesn’t think too highly of this series either. I’m going to finish it but I’m definitely ready for it to end so that I can get on to something better.

Dickinstein, my mash-up of the life of Emily Dickinson with the story of Frankenstein, is now available in hardcover! #emilydickinson #frankenstein #mashup #goodreads #hardcover #newbook #amwriting
This is Kathy. She's been my "work wife" for the last twelve years and we've eaten lunch together almost every work day during that time! Today was our last lunch together at work. After 17.5 years at my current job, tomorrow is my last day! #friends #workwife #thankyouforbeingafriend
My new book, THE ANSWERS YOU SEEK, is now available for preorder from @dreamspinner_press
Thank you for being a friend. #goldengirls #bettywhite